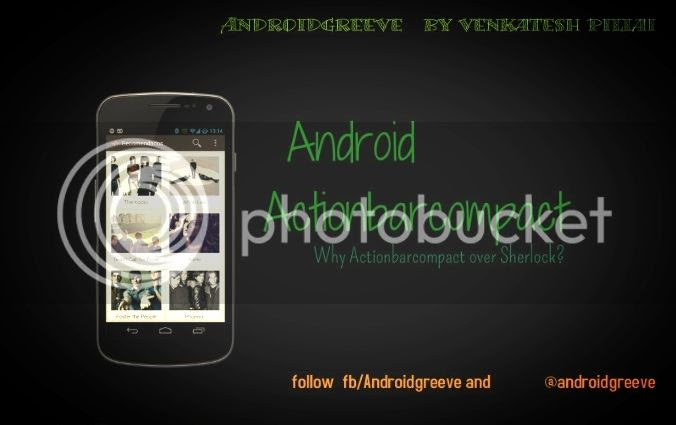 B.Another good reason is that it supports the Navigation Drawer pattern right out of the box, while ActionBarSherlock does not. Thus if you want to add this drawer to an existing project/app you should migrate.

C.The last and Important  is, that the creator of ActionBarSherlock, Jake Wharton, announced on Google+ that further development of ActionBarSherlock has been stopped. ActionBarSherlock 4.4 is the last release and might get bug fixes – but there won’t be any new features:
So if new functionality is included in actionbar you may not keepup to it  with actionbarsherlock.
He’s not too sad either 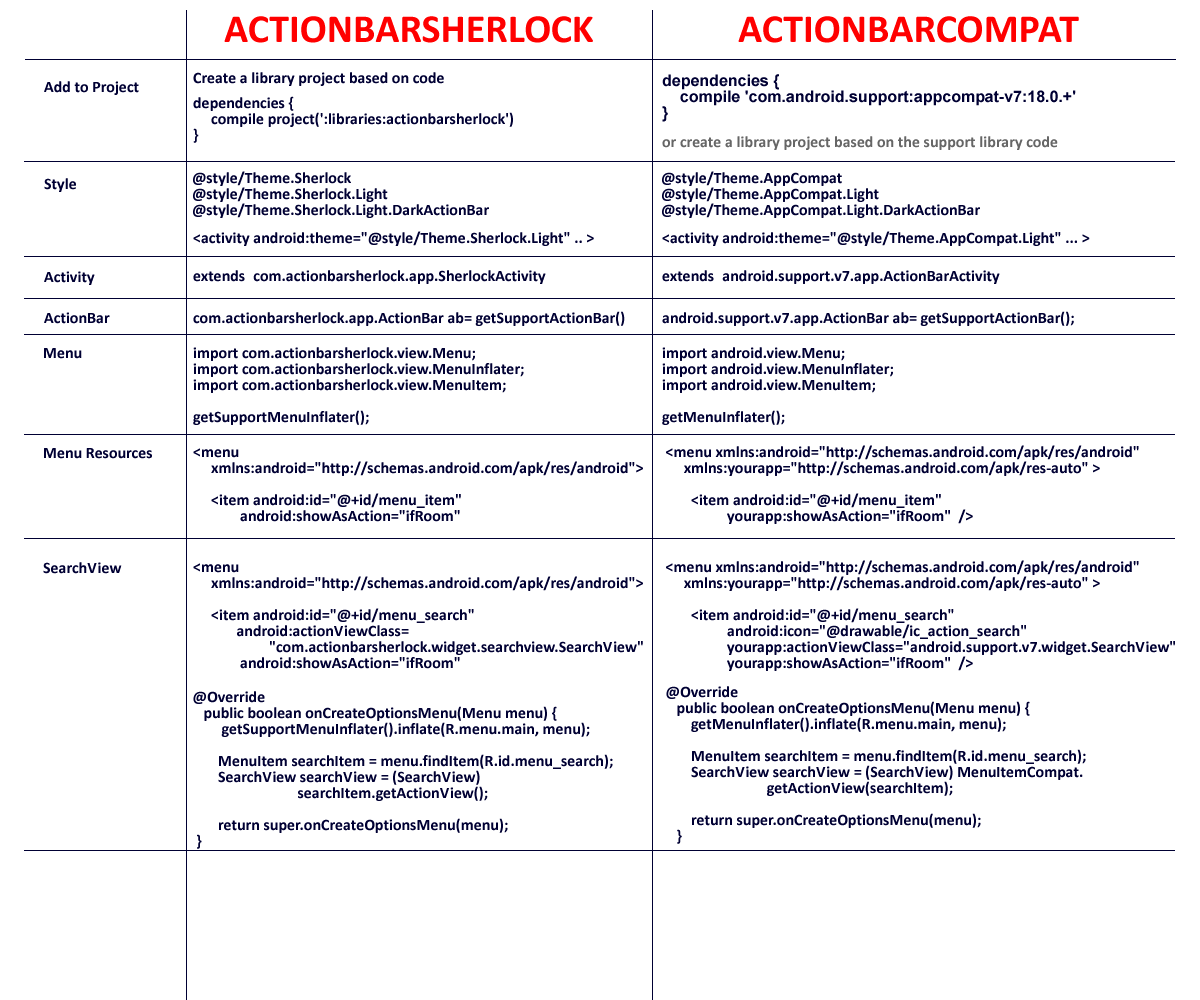 I originally developed this project using Eclipse – which is why I occasionally refer to Eclipse specific shortcuts or why I include an Eclipse dialog later on. But the core of this post is independent of the IDE you want to use.

How to proceed?
In the next post i will take you through all the steps needed to get the project deployable again.
I start with the resources and deal with code changes later on. Android’s Development Tools only generate a new R.java file when the resources are error-free. And without a correct R file your Java sources won’t compile properly. Thus I prefer to fix resources first.